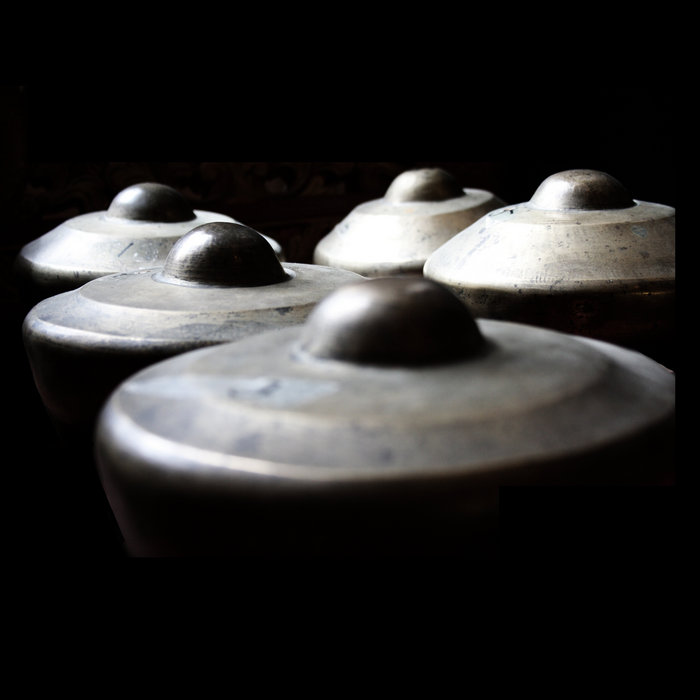 Reworking of recordings of a live performance on 12 July 2016, ruru huis, Arnhem, The Netherlands.

Perfomers were Jacob DeRaadt, Jan Warnke (Germany, owner of the label Geräuschmanufaktur) and Max Kuiper.
Thorsten Soltau was not present but contributed with a soundwork that was integrated in the performance.
This performance was part of the Fringe-programme of the 'Sonsbeek 2016' exhibition.

"For this project both artists explored abandoned industrial spaces in their respective locations and shared their photos, collages, field-recordings and amplified acoustics.
Out of this source-material they created a composition of beautiful industrial soundscapes accompanied by their collages of "exploring urban space".

For the performance, sounds of the release were used, reworked and rearranged - combined with reworked recordings of the sounds of gamelan instruments of the Bronbeek museum in Arnhem, The Netherlands. Recorded with the help of Floris van Rijswijk ; Jos Jansen \ ensemble Koesoema Boedaya.
(photo by Max Kuiper of some of the gamelan instruments)

This summer, 2017, Sterile Garden and Les Horribles Travailleurs will perform in some countries in Europe - the European 'Cityproject' tour - together with Lavas/Magmas.
The 'Cityproject' consists of 'Psychogeographic soundcollages', and has sounds of cities intergrated in the sets.
www.facebook.com/events/772204702946608/