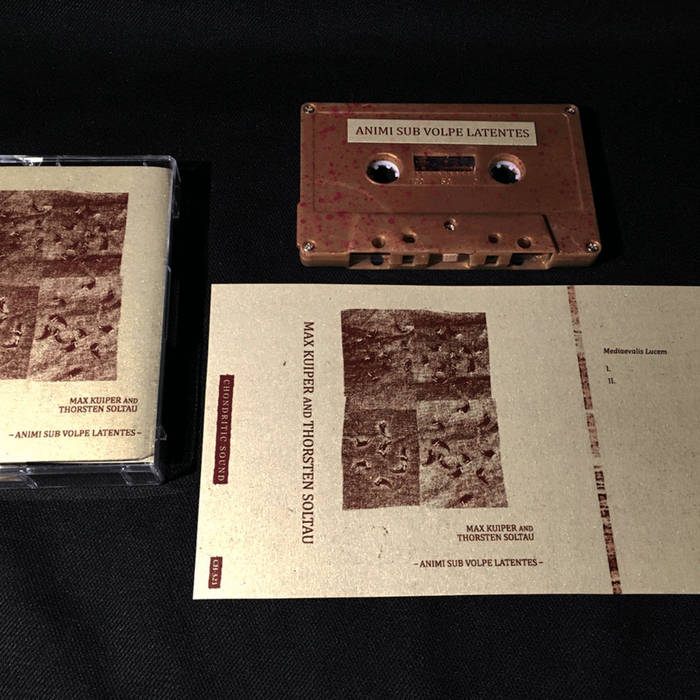 "Animi Sub Volpe Latentes (latin for "under the skin of a fox") is the third conceptual work by Max Kuiper and Thorsten Soltau after Roman Feast and A Grape From Thor Heyerdahl’s Table in early 2014.

The music is dedicated to the chapbook of "Reynard the Fox/Reynke de Vos" from 1491. Parts of the fable were acoustically scored by German artist Thorsten Soltau with a reduced setup consisting of harpsichord and piano, cut into loops and treated with ancient studio techniques. The music features a very minimal stripped approach - to leave freedom for the producer.

These demos formed the base for two long versions of the material produced by dutch artist Max Kuiper. Max used his own acoustic instruments and sounds as well throughout the production – shaping the original demo material into dense structures and medieval patterns with a personal view on the material. Originally meant to feature voices reciting parts of the tale, only one track features voice elements. The other was planned and produced entirely instrumental."

Text and images from the Bandcamppage of Chondritic Sound

Released on cassettetape by Chondritic Sound on November 14, 2016:
chondriticsound.bandcamp.com/album/animi-sub-volpe-latentes

A small number of tapes is available for Europe via Les Horribles Travailleurs - send a message if you are interested.

Part two will be released soon! more information about which label etc. will follow.